Fresh from a successful Kickstarter campaign in June, Indie songstress Lauren Mettler is finishing up two new releases. She’ll be featuring much of this new material at the Hamilton Arts in the Park concert on Thursday’s August 7th at 7 pm.

Her double release this August will feature “Patchwork,” a studio recording with guest musicians and what she calls her own “bedroom” recordings in “A Handful of Soil.” Of the two projects, Mettler says, ” I have sewn, I have sown, two very different albums. Both songs of drought and plenty. One crafted in the studio, one home spun.”

What’s making Lauren so excited about the project? This first release by the Sherburne native is “a big milestone. I’ll be going out on tour for three months to promote it!” says Mettler. She’s excited to have worked with so many great musicians in the studio. “Patchwork” was tracked at Zach Collins’ Hamilton Music Studio, in collaboration with Rabbit in the Rye- Joe Mettler, Brendan O’Connor, and Alex Lavon. A couple of other Hamilton area musicians, Mason McDowell and Taiward Wider, are also featured on the album. This one is relatively highly produced and multi-layered…We experimented as we went along to hone in on what would best adorn each song.”

“A Handful of Soil” is a solo album I recorded in my own childhood bedroom, which I converted for a few months, into a studio. It was tracked entirely by myself. This one, in production, is more bare-bones and raw. There is more of a focus on the lyrics, with only basic instrumentation, but the songs are more elaborate in content and mature in musical composition.”

On the whole Kidkstarter process, Mettler says that it was a bit nerve-wracking and full of human drama. Funding came together on the last day within hours of the deadline. .She commented that her conversations with her brother Joe about his own Kickstarter campaign (with Basement Theater Company) were helpful in keeping positive from the start to finish.

For those wishing to get the new releases, it will be downloadable from http://laurenmettler.bandcamp.com/ . Hard copies will be available at a later date.

The concerts in the series begin at 7 pm on the Hamilton Village Green. Enjoy an evening of music and creativity in a beautiful park setting! Come early with a picnic, or check out the local eateries. Bring a blanket or lawn chair. FREE! Our rain location is the Colgate Inn on the village green. For more information about the location if it is raining on the day of the show call (315) 691- 3550.

Hamilton Arts in the Park is presented by the Village of Hamilton and co-presented by the Earlville Opera House. The Village of Hamilton is grateful for funds from the Decentralization Program, a regrant program of the New York State Council on the Arts with the support of Governor Andrew Cuomo and the New York State Legislature and administered by CNY Arts. For more in depth information about the artists or the Village Series visit our event calendar on the EOH website at http://www.earlvilleoperahouse.com or call us at (315) 691- 3550. 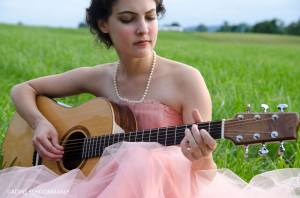