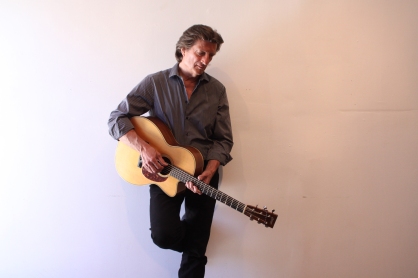 With a career dating back to the 1960’s blues revival, Chris Smither has long been considered an unheralded master of modern acoustic blues. Like John Hammond and a handful of other musicians whose careers began in the 1960s blues revival, guitarist, singer, and songwriter Chris Smither can take pride in the fact that he’s been there since the beginning. Except for a few years when he was away from performing in the ’70s, Smither has been a mainstay of the festival, coffeehouse, and club circuits around the U.S., Canada, and Europe. Smither is best known for his great songs, items like “Love You Like a Man” and “I Feel the Same,” both of which have been recorded by guitarist and occasional collaborator Bonnie Raitt.

Writes the Washington Post, “His songbook is overflowing with rollicking, clever blues-based folk tunes, and he has been a consistently engaging live performer for more than four decades,” and the Associated Press has called him “an American original, a product of the musical melting pot, and one of the absolute best singer-songwriters in the world.”

Chris Smither performs Saturday August 6th at 8 PM. Doors open at 7:30 PM. Tickets are $32 to the general public, $30 for members, and $16 for students and children (under 18). The Earlville Opera House is wheelchair-accessible with a ramp and a lift. For more information, call 315-691-3550 or visit http://www.earlvilleoperahouse.com.